The fourth industrial revolution will be marked by the fusion of digital, physical, and biological worlds, ranging from wearables for health monitoring, AR/VR based virtual classrooms, remote surgery over 5G cellular networks, massive sensing for mission-critical applications with IoTs, and the use of custom deep learning models across a wide range of applications.

This fusion will be enabled by technologies such as AR/VR, IoTs, 5G, and robotics and AI, all of which require a highly available distributed cloud infrastructure for delivering ultra-low latency and high bandwidth to users.

The goal of our lab is to realize this vision to help Pakistan gain a competitive edge in the world. To this end, we will design and develop a massively distributed cloud infrastructure comprising tens of thousands of mini-datacentres, possibly located at cellular base stations and or POPs.

We posit that such a cloud infrastructure, available in the form of a ‘pay-as-you-go’ model, will offer a unique opportunity for Pakistan to build the next-generation of products and start-ups.

We will focus on four key application areas that will be directly enabled by having an edge computing based cloud model. 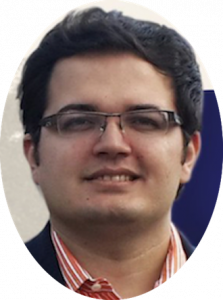 Dr. Ihsan Ayyub Qazi is a leading expert on cloud computing and
datacenter networking and has actively collaborated with researchers at
Microsoft Research, UC Berkeley, Tuft University and BBN Technologies. His work
on PASE, a low-latency scheduling framework for cloud datacenters, is widely
regarded as the state-of-the-art. He has research grants as PI/Co-PI
from World Bank, Ignite, and HEC totaling > PKR 50 million. He has published
more than 35 scientific papers, while abroad and indigenously from Pakistan,
several of them in top flight ACM/IEEE journals and conferences (SIGCOMM, IMC,
CoNEXT, HotNets, SIGMETRICS, NSDI, IEEE/ACM Transactions on Networking, SIGCOMM
CCR), with a citation count > 345 and h-index = 7. He has over 12 years of
experience in USA, Australia, and Pakistan as a researcher and technical lead
both in industrial and academic settings.